I have just finished the first two weeks of my remote internship at the ABPDU! Since it was all online, it felt very different when compared to some of the other work I have done at previous internships. On my first day, I had a morning meeting with my supervisor, Eric, and we discussed goals and plans for the internship. He is the director of the APBDU’s fermentation division.

My main goals for the summer are to perform a techno-economic analysis (TEA) of the generalized electricity to fuels process via bacterial fermentation. The premise of this process is to take surplus renewable electricity, split water into oxygen and hydrogen gas, and use specially engineered bacteria to ferment the hydrogen and oxygen from the water with sequestered carbon dioxide to form fuels, alcohols, or other useful chemicals. Additionally, I will be using that TEA to work on a life cycle assessment, or LCA. The software that I will be using for the TEA is called SuperPro, which has an easy interface for designing processes with many unit operations. The key components of the process include an electrolyzer, which takes low cost renewable electricity and splits it into hydrogen and oxygen, and a reactor, where bacteria react the hydrogen and oxygen gases from the electrolyzer with a carbon dioxide stream to form a large variety of hydrocarbon fuels.

The purpose behind this project is to see whether it makes both economic and environmental sense to use cheap renewable energy, which is sometimes in surplus due to low demand during the daytime hours, and somehow store that energy. After creating the model, I will compare costs with current industry values of generating the fuels from the standard methods and see if there is any improvement. Furthermore, the bacteria can be configured to produce a variety of fuels, so optimization on that end will also be explored.

In the following days, I had meetings with a few other people who work alongside Eric who would be helping me on different aspects of the project. I also attended the main ABPDU fermentation team meating and got to know some of the people I would have been working with if the lab were open. We listened to an amazing presentation by one of the team members who was working on scale up for a new method to rapidly and effectively test for covid-19!

The first week, I spent most of my time familiarizing myself with SuperPro and trying to model the electrolyzer. Since there was no electrolyzer operation in SuperPro, I had to design a “black box” style reactor which modeled the electrolysis reaction, which takes electricity and splits water into hydrogen and oxygen gas. Below is my first model of the electrolyzer! It took a while to figure out the efficiencies of water splitting, and I still have to incorporate the cathode and the anode operating costs, as they get used up after a certain amount of time. 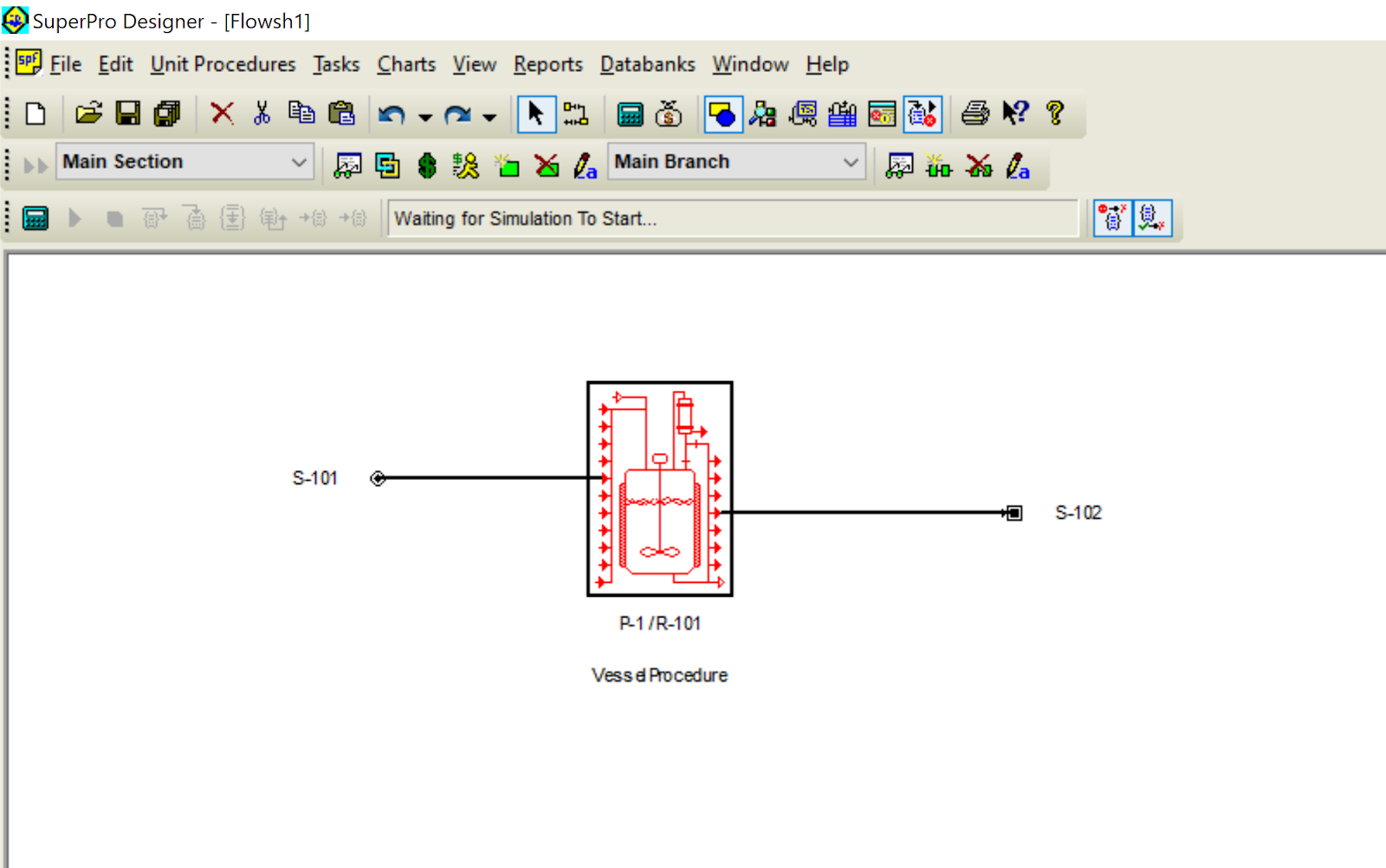 The next week, I focused on getting a more complete model of the system. I learned a bit more about how biological processes work at scale - a seed train, or a process of slowly scaling up bacterial production from milliliter scale to thousands of liter vessels while ensuring purity and sterility of the bacteria. I started also working on modeling the fermentation reactor, which would occur in a process where oxygen and hydrogen would be bubbled through the bottom of the reactor. I also got to meet more members of the ABPDU during the next week’s weekly meeting, where we discussed important workplace topics such as implicit bias and microaggressions. I look forward to getting to know everyone better and making progress on this project, which, if successful would show a cost-effective method for energy storage from renewables during times of surplus generation!

Shown below is the second super pro model with more components added. 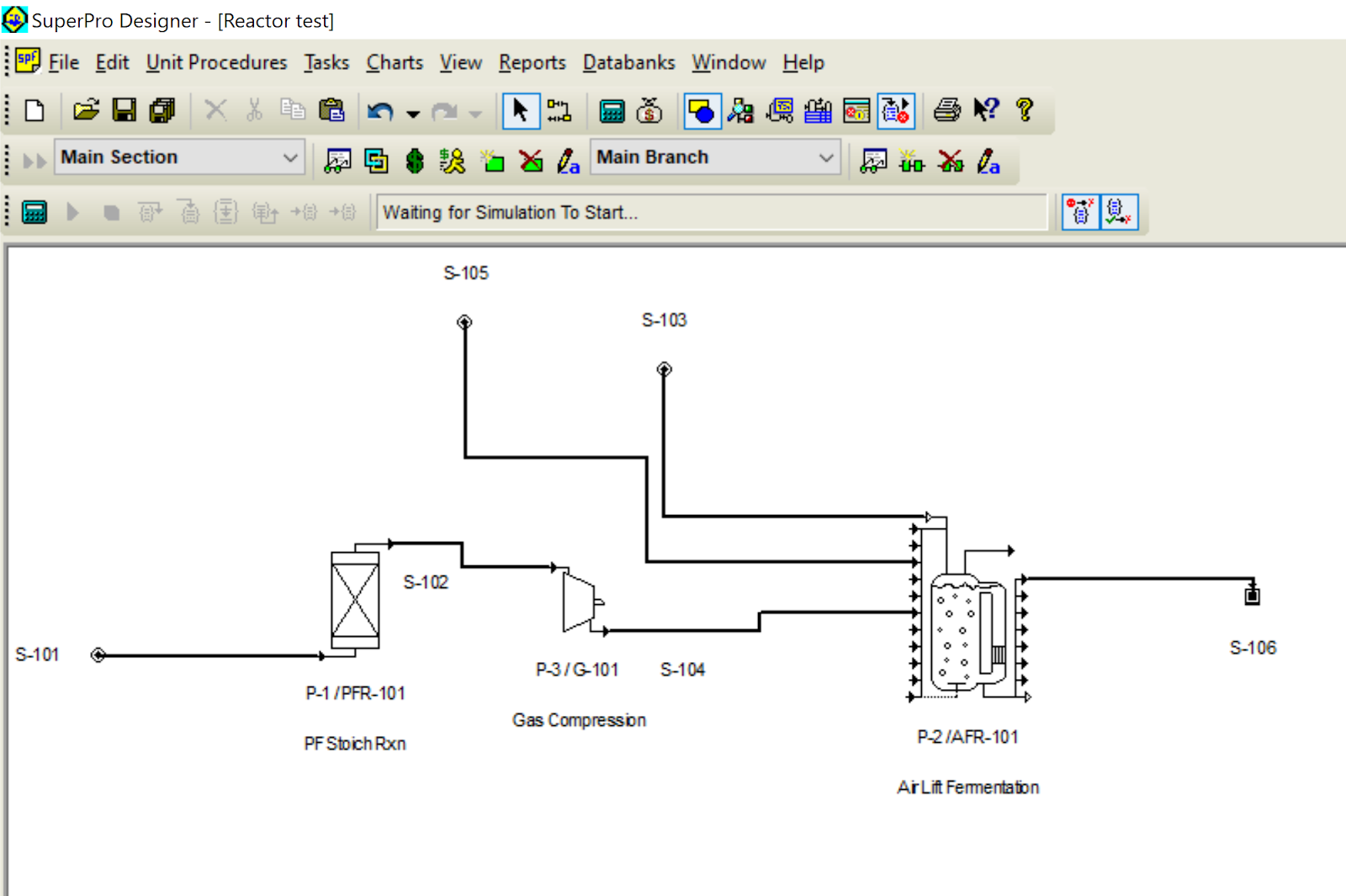