Elevators, Switches, and Relays, Oh My!

For so long it seemed like this summer would never end, yet now that I only have one week left at my internship it feels like time has absolutely flown by. Over the last two weeks I have learned a lot more about the workings of the company, and have even learned how to do some things that few other people at the company know how to do, making feel as though I am really an integral part of the team. And for some of those things I am actually working on writing guides to teach other members of the company so they will retain the information once I leave, which is bittersweet. I like the idea that my having been there will help things for the long term, however it also reminds me that I need to finish the guides because I will soon be leaving.

As my internship is drawing to a close, I feel like I am just starting to get more responsibility with my tasks, which is exciting yet I know it is fleeting. Three of the more hands on projects I worked on in the last weeks are:

Probably one of the most exciting things from the last week was the data I collected from the uPMU in my Berkeley apartment. While examining the data I realized that every so often there would be a ~2 Volt dip in the voltage measurement, which I later determined to be caused by the elevator! It may have been a trivial discovery but I definitely felt like a detective. I told my bosses about it and one of them told me I should dig deeper and see if I could find out other things from the data, and possibly turn it into a research paper, which I am extremely excited about. By collecting more data I discovered that the elevator only makes visible voltage dips when it is traveling up, and not down, and I am currently trying to pinpoint the number of seconds that it takes to travel to each floor. Thus, from the data directly I might be able to tell where exactly people travel when they come into the apartment building. I never thought I would be this excited about elevator rides, and it has been really cool to have my own project to work on. 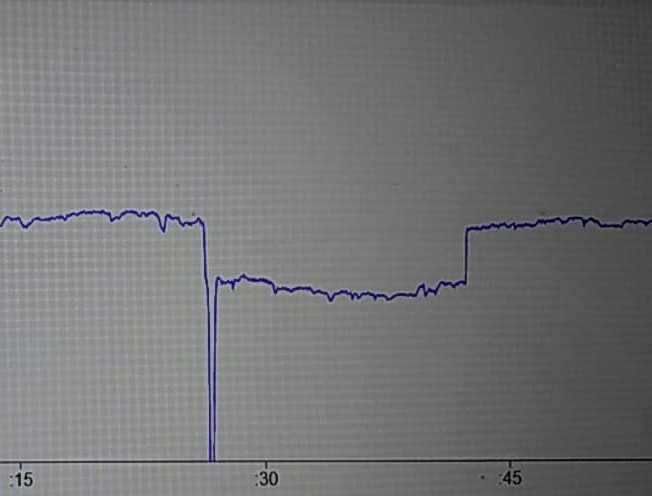 As for the uPMU that we put in Stockton, it has shown far less exciting data than the one in Berkeley. No data, to be exact. It seems to be having problems connecting, and we do not know if we will be able to get it up and running for long periods of time/at all. Which is slightly disappointing, however understandable as with any testing, things do go wrong.

Another project I have been working on wrapped up last week, which was designing a plastic frame to go in the Thumper and make it more presentable to people who visit/potential companies that might rent it out. In order to finish it however, I got to go on an excursion to San Leandro, which was a nice change from the office, and I got to see a laser cutter in action. (Fun fact: on my lunch break I walked a mile to get a burrito!) 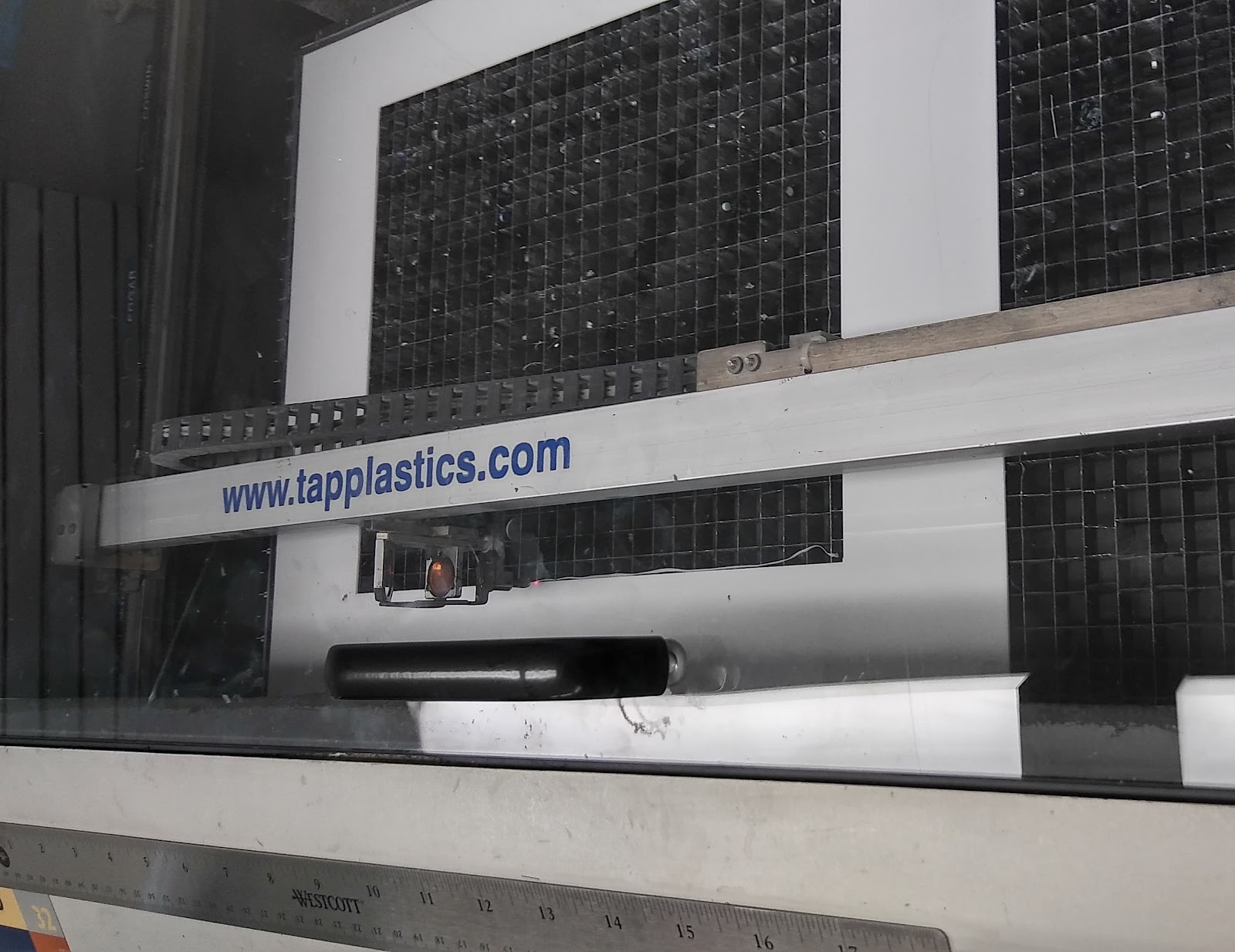 I have learned that I can read while I commute, and have finished many books this way in the last few weeks. I have also learned that reading while walking is not as difficult as it sounds.

I realized that some math I had figured out near the beginning of my internship was incorrect, and spent most of a day fixing my calculations, along with editing some graphs that I drew for those calculations. But now the math seems so much more elegant and I am kicking myself for not seeing what was wrong before.

This past week I have also started working on a marketing questionnaire for the Thumper, in order to eventually allow the public to rent it!

We also had an ice cream sundae bar to celebrate birthdays. 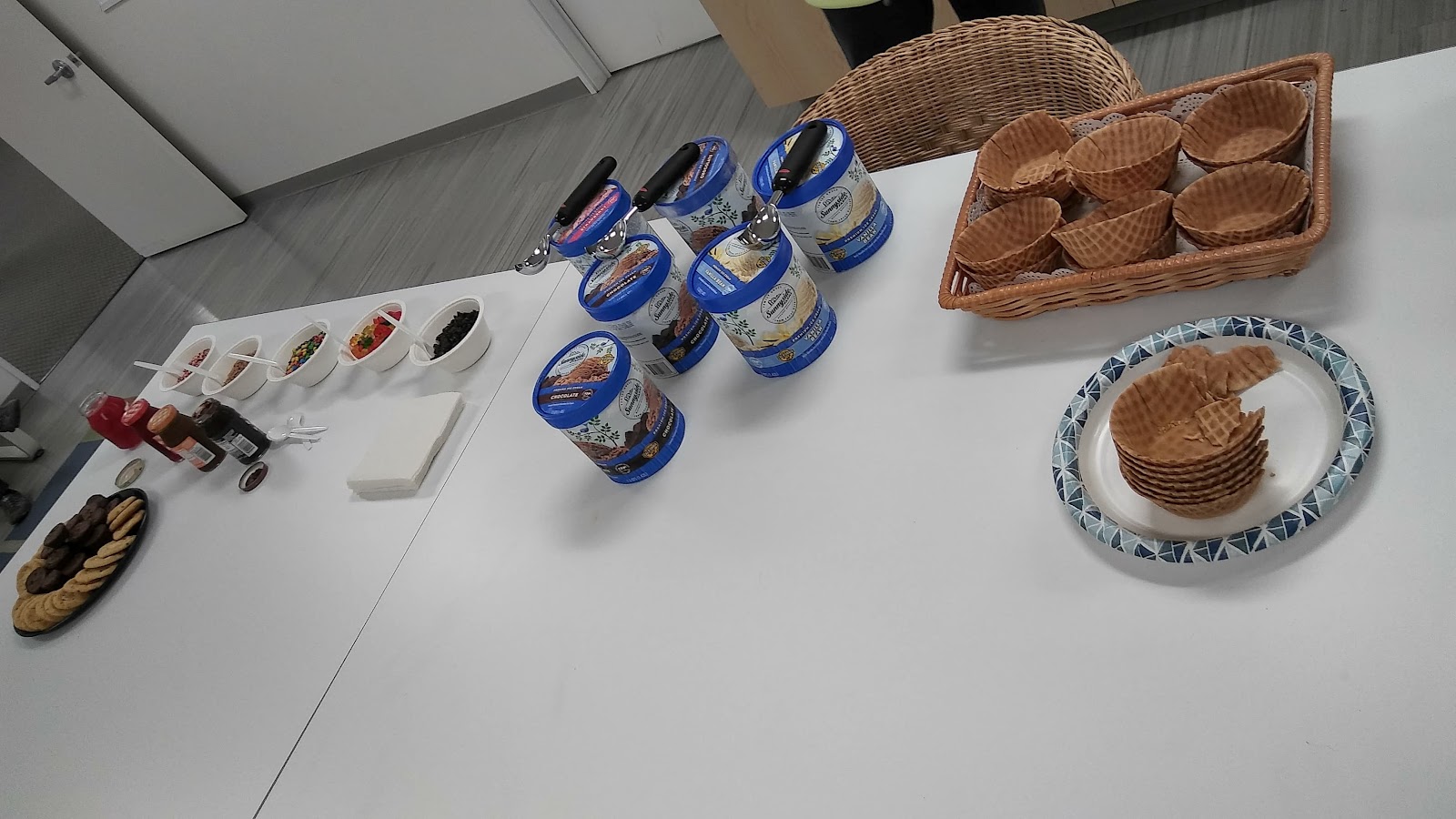